The University of Stirling is a public university founded by Royal charter in 1967. Since its foundation, it has expanded to four faculties, a Management School, a Graduate School, and a number of institutes and centres covering a broad range of subjects in the academic areas of arts and humanities, natural sciences, social sciences, and health sciences and sport.

The university campus, with its wildlife, loch and greenery, and located in the foothills of the Scottish Highlands, is often cited as among the most beautiful in the UK. Since 2002, the University of Stirling and the landscape of the Airthrey Estate has been designated by the International Council on Monuments and Sites as one of the UK's top 20 heritage sites of the 20th century.

Get in touch with us
Our campuses
Main Campus

The University campus is set within 1.3 km2 of grounds beneath the Ochil Hills, 3 km from the centre of Stirling. It is situated on the site of the historic Airthrey estate which includes the Robert Adam-designed 18th century Airthrey Castle and includes the Hermitage woods, Airthrey Loch, Airthrey Golf Course and a 50-metre swimming pool. The Andrew Miller Building incorporates an Atrium, which contains several retail and food outlets including a bookstore, bank and general store. This building links the Library and Robbins' Centre Students' Union and has connecting bridges to the Cottrell Building, on-campus student residences and the MacRobert Arts Centre. Here are some amenities near our campus. 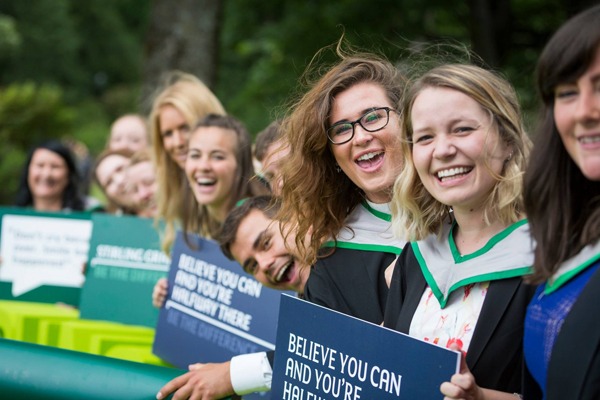 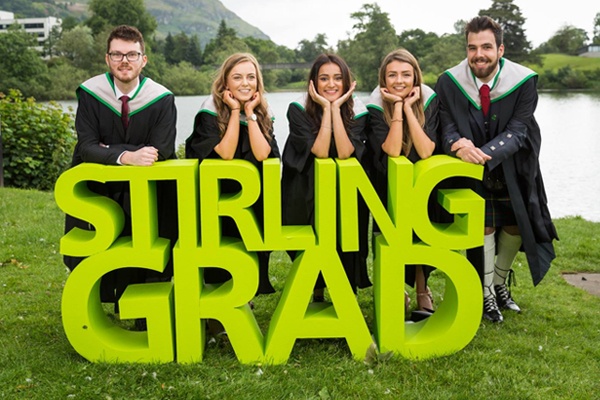 Media
University of Stirling
Your Home From Home